Posted by RehaDesign on August 22, 2010
For twenty years, the ADA (American Disability Act) has been opening doors for people with disabilities in the USA. Since 1990, the USA has slowly become more and more accessible and wheelchair users are gaining access to place which were once closed. To be sure, many parts of the USA have a long way to go. But how does accessibility in the USA compare to that of Europe?

Europe is a mixed bag. Some European countries, such as The UK, Germany and some Scandinavian countries are more accessible. Like the USA, the UK has a "Disability Discrimination Act" which was enacted in 1995. As far as I am aware, the UK is the only European country which has a discrimination act specifically for people with disabilities. As a result, the UK is probably the most accessible country in Europe.

Other countries, typically in the Mediterranean or Eastern Europe have a very long way to go. Examples of countries that are very poorly accessible are Greece and Lithuania. What do they have in common? Both countries are still relatively poor. While making great strides in many aspects of their economies and improving their cities, neither are making many resources available to people with disabilities.

How bad is accessibility in these European countries? Pretty bad. Steps block access to shops, restaurants and hotels. There is a lack of accessible toilets. Cobblestone roads and poorly maintained sidewalks make it extremely difficult for wheelchair users to move. There are few or no disabled parking places. Most multi-level buildings have no elevators or lifts. When ramps exist, they are often ridiculously steep only useful with the help of an assistant.

This is not only a pity, it is a missed opportunity. Both cities rely heavily on tourism for a significant part of their income. Imagine if these cities invested the necessary resources to making Lithuania Travel and Greece Travel wheelchair accessible and made a PR effort to invite some of the 5 million European wheelchair users and 3 million US wheelchair users to visit their cities.
Disablism wheelchair information 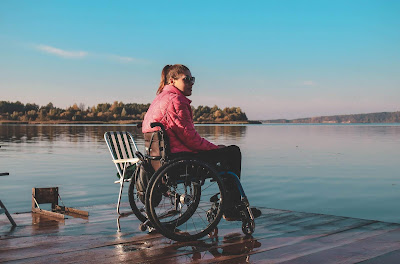