Posted by RehaDesign on October 15, 2010
Attorney David Otto is interested hearing from wheelchair users, or any persons with disabilities about access problems, or disability discrimination under the Americans With Disabilities Act (ADA) at fast food restaurants, theaters, transit systems, streets and sidewalks, hotels, motels, casinos, and other areas of 'public accommodation.' Which is to say, access discrimination against wheelchair users and other people with disabilities by any business open to the public - the ADA applies to certain 'architectural features" doors, toilets, counters, ramps, etc. in businesses which are in buildings constructed or substantially renovated since 1993.

Some of the problems that many wheelchair users have experienced are hotel or motel doors that are too narrow, 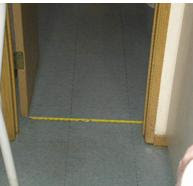 throughout the Hotel not just the so-called disabled accessible rooms - all rooms in hotels-motels built or substantially renovated since 1993 must have doors at least 32 inches wide to accommodate wheelchairs ,lacking paddle type door hardware "knobs", 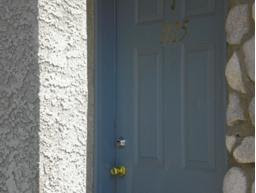 not enough disabled access rooms, so-called accessible rooms without 'roll in showers', without faucet access (too far from the bench to be safe and convenient) without benches in the showers, window blinds that can't be reached, kitchenettes with poor access such as stoves where burners have to be 'reached across" to access the knobs, no knee room under sinks and counters, hotel-motels in excess of two floors without elevators, rooms where it is difficult or impossible to enter, move around the bed or other areas. If you have experienced any problems such as these, contact David Otto to see if there is a compliance issue.