ReWalk Exoskeleton For Wheelchair Users Approved for Sale in USA 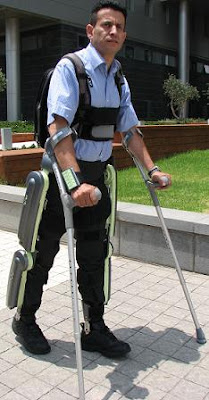 I had been reading reports that ReWalk was FDA approved for sale in the USA. But I had not seen an official announcement to that effect. I had also seen a mention of an official price. I contacted John Frijters of Argo Medical Technologies and asked for confirmation and received this response:

ReWalkTM-I is now available for sale to institutions in Europe and USA. We will deliver the first serial production units by end of next month...The price of € 87'500 for ReWalkTM-I, the model of ReWalk sold to institutions such as Rehab Clinics, is correct. (Plus VAT, shipment, certification, ..)