Sled Hockey : An Exciting Adaptive Sport For Kids and Paralympians 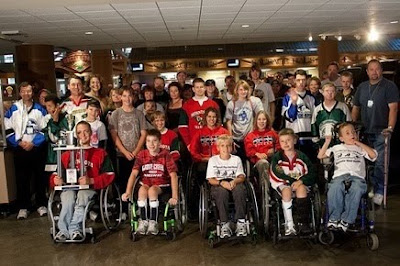 Wheelchair users in Minnesota can join a Sled Hockey league thanks to a Mom who started a league so that her son could play the game that he loves. Geri-Anne Zubich started the Minnesota Sled Hockey Association with a group of 20 people and now the league is twice that size and plays against other teams in the area and regionally.

Called Sled Hockey in the USA and Sledge Hockey internationally, it is a sport growing in popularity. Sled Hockey has the same rules as Ice Hockey and looks a bit like Murderball or Wheelchair Rugby on blades. Sled Hockey is a fast paced and rapidly growing sport, which probably the reason that it is one of the most popular sports of the Winter Paralympic Games.

Watch this report about Geri-Anne Zubich and the league she started:

The Minnesota Sled Hockey Association has the equipment available for anyone who wants to try it out and they get some professional teams to participate. 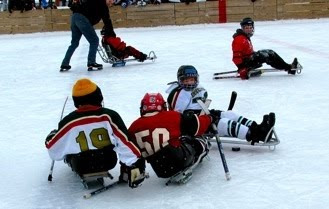